A shopper checks out the beef in a supermarket in Rio de Janiero.
Photographer: Yasuyoshi Chiba/AFP/Getty Images

Brazilian ranch manager Marcos Aurelio de Queiroz wants to triple the number of cattle his company, CSM Agropecuaria, sends to slaughter every year. The tricky part: doing it without adding even a single bit of land. 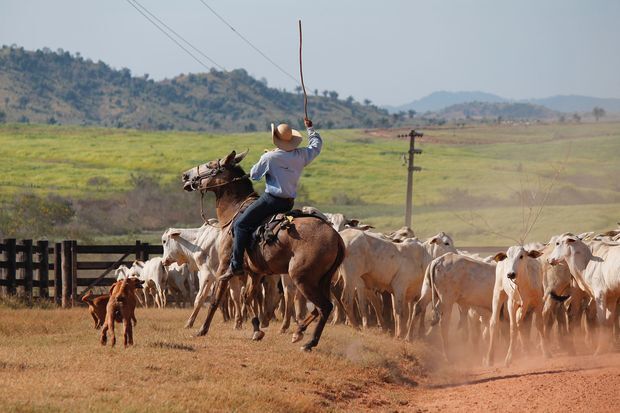 For decades, ranchers in Brazil’s Para state have expanded their properties with fire and ax, clearing huge pieces of the Amazon jungle. It was a point of pride that their cows were fattened up naturally, while rivals in the U.S. and elsewhere increasingly used grain feedlots. Now, things are changing.

Amazon deforestation isn’t banned by the government, but it is severely limited. And...