As protesters chanted “no bailout” at a public meeting Nov. 29, California Public Utilities Commission President Michael Picker said the company “lacks a clear vision for safety” and will face a sweeping review following the deadliest wildfire in state history.

“Is there a different model to ensure that we have safe and reliable electric service?” Picker said at the meeting in San Francisco. “If we have a better option to achieve these goals, we have to consider it.”

His comments come as PG&E, California’s largest utility, is under intense scrutiny over the Northern California blaze that killed at least 85 people. Authorities are investigating power lines as a possible cause, and analysts have forecast damages could exceed $15 billion—more than PG&E’s market value. The company’s shares have plunged 45 percent in three weeks.

Picker said earlier this month that he wouldn’t rule out pushing to break up the 113-year-old utility. He also singled out the board as an impediment to reform. But the regulator emphasized during the commission meeting Nov. 29 that he’s just asking questions for the moment and hasn’t drawn firm conclusions. 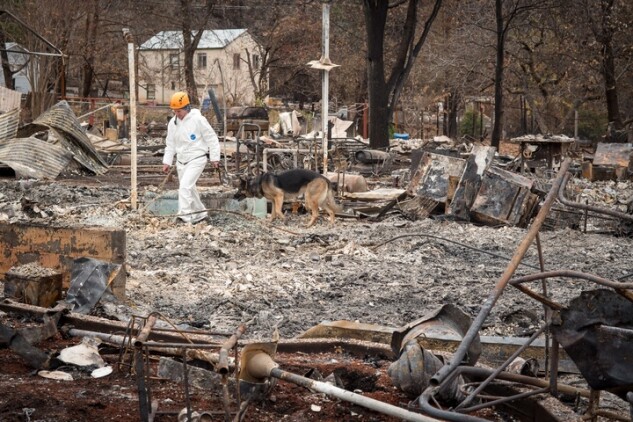 State lawmakers, meanwhile, are preparing to introduce legislation to help protect the utility from potential liabilities from wildfires.

The meeting drew dozens of protesters, including some wearing smoke masks and holding signs saying “No Bailout of PG&E.” The proceedings were halted as security guards escorted chanting protesters from the room. During public comments, several called for the state to take over the utility, which has 5.4 million electric customers in northern and central California.

“We need the public to be in control of the utilities,” said Steve Zeltzer of the United Public Workers for Action.

During the meeting, the commission voted to order PG&E to adopt safety recommendations in response to a 2010 explosion on one of the utility’s natural gas pipelines in San Bruno, Calif., that killed eight people. Picker plans to expand the agency’s review in the wake of this year’s wildfires to examine PG&E’s corporate governance and structure.

“Sadly, the events of September 9, 2010, continue to echo today,” Picker said in a statement, referring to the San Bruno blast. “PG&E appears not to have a clear vision for safety programs and instead pursues many programs without thought to how they fit together.”

PG&E has already implemented “the majority” of the recommendations from the 2010 explosion, the company said in an emailed statement.

“We believe we have made significant progress, but recognize there is always more work to do to achieve our mission to provide safe, reliable, affordable, and clean energy,” PG&E said.

To contact the reporter on this story: Mark Chediak in San Francisco at mchediak@bloomberg.net

To contact the editors responsible for this story: Joe Ryan at jryan173@bloomberg.net Margot Habiby