The Grand Canyon at sunrise from the South Rim.
Photographer: George Rose/Getty Images

Grand Canyon National Park has always been at the center of a tug-of-war between preservation and profit.

Theodore Roosevelt in the early 1900s advocated for protection of the Arizona canyon, saying “man can only mar it.” A century of legislation and litigation has aimed to stave off the impacts of mining, tourism, and development.

But as the park celebrates its centennial on Feb. 26, those pressures remain. The park’s more than a million acres continue to touch off debates over how to balance environmental safeguards with recreational enjoyment and business interests.

House Natural Resources Committee Chairman Raul Grijalva (D-Ariz.) on Feb. 23 announced he will introduce the Grand Canyon Centennial Protection Act, legislation to permanently ban uranium mining in the surrounding area. Meanwhile, a group of tribes with ancestral connections to the canyon are trying to redefine their relationships with the agencies that now govern it.

The debates stem from the value of a place so remarkable that seeing it has become part of being an American, said John F. Ross, author of “The Promise of the Grand Canyon: John Wesley Powell’s Perilous Journey and His Vision for the American West,” on the canyon’s early explorers.

“The Grand Canyon has changed every one of us, often in very profound ways,” Ross told Bloomberg Environment.

‘Look at These Things’

More than 200 million people have visited the Grand Canyon since it became a national park in 1919. It saw more than 6 million visitors in 2017 alone, making it the nation’s second most-visited national park after Great Smoky Mountains National Park. But it wasn’t always appreciated as an American icon.

A white explorer in the 1800s once wrote that his party would surely be the last to venture to the “profitless locality,” Ross said. Early Europeans who saw it found a treacherous place that evoked terror, he said.

John Wesley Powell, a geologist and geographer who took a perilous journey down the entire Colorado River through the canyon in 1869, helped make the place comprehensible, Ross said. His trip brought national attention to an area that indigenous communities had inhabited for thousands of years.

Humans have since impacted the Grand Canyon extensively. They’ve brought non-native plants and animals into the park, polluted the air with nearby coal plants and made noise with scenic flights overhead, according to the National Park Service. 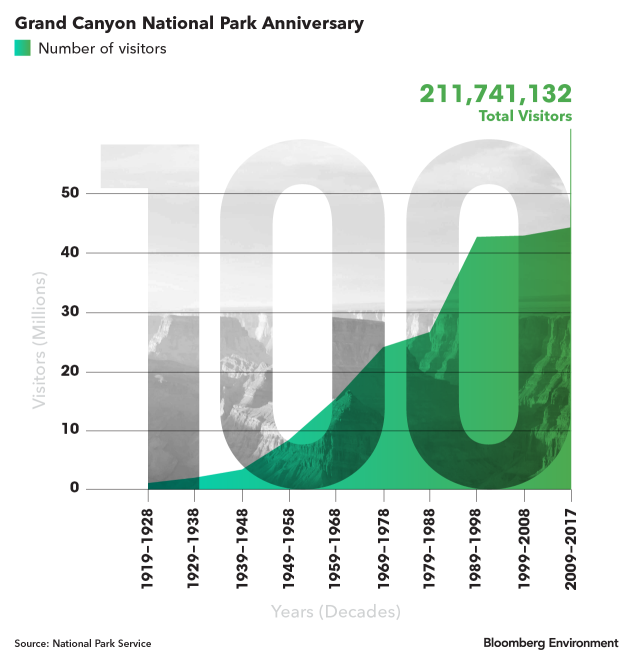 The Colorado River was dammed to supply water to millions of people. Development proposals have ranged from building housing near the park to a tramway into the canyon.

Powell, who became director of the U.S. Geological Survey, warned about overuse of land and other resources in the West. If he were alive today, Powell would question the impact of mining and development encroachment on the landscape, Ross said.

“He’s still telling us from his grave, ‘Look at these things,’” Ross said.

The latest policy push seeks to end uranium mining near the Grand Canyon. Grijalva’s legislation announced Feb. 23 stems from prolonged controversy over mining near the park.

Prospectors in the 1870s and 1880s staked mining claims in the canyon. The canyon’s Orphan Mine, which operated from 1953 to 1969, became one of the region’s most productive uranium mines. 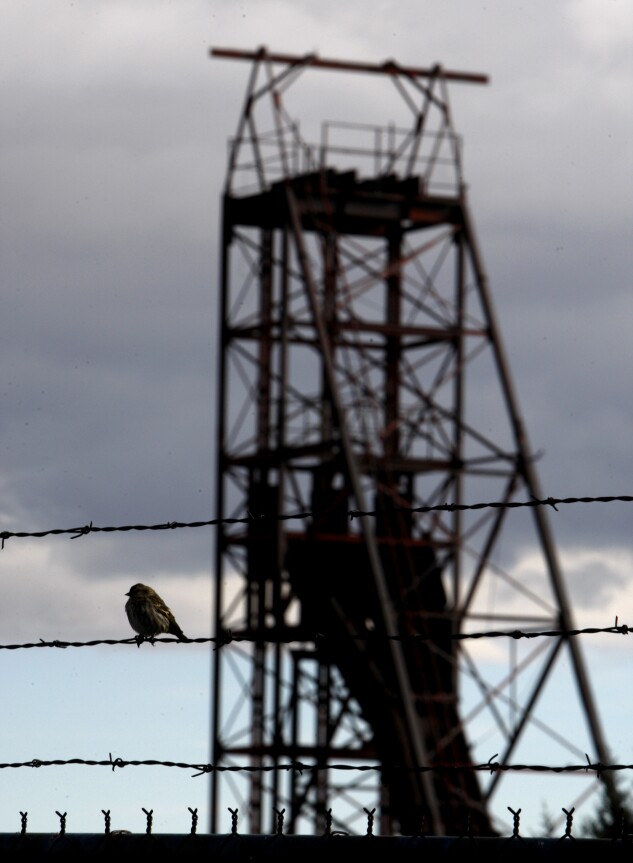 A bird roosts on the barbed wire guarding the rusting headframe from the now-abandoned Orphan Mine on the south rim of the Grand Canyon.
Photographer: Mark Boster/Los Angeles Times via Getty Images

Globally, the uranium industry has been in a slump for years, thanks to a global glut of the mineral and relatively low demand. Plenty of uranium sits beneath U.S. soil, but domestic mining companies can’t afford to extract it at current prices.

Meanwhile, the administration and the courts have been engaged in a back-and-forth tussle over whether and where mining is allowed.

The Obama administration placed a 20-year ban on uranium mining around the Grand Canyon, which survived multiple court challenges from the mining industry. The Trump administration, however, has signaled it could reconsider that temporary withdrawal, said Amber Reimondo, energy program director for the Grand Canyon Trust, which seeks to protect the canyon from mining.

Grijalva’s legislation would make the temporary ban permanent. He told reporters he wants the canyon protected so his grandchildren can “see it the way it is.”

National park tourism relies on a healthy environment, and uranium mining is too big of a risk to the ecosystem in return for few jobs that are temporary, Reimondo said. “It just isn’t worth mining in the Grand Canyon.”

But mining groups say the park is already protected from mining and that the ban creates an unnecessary buffer zone.

“Given our increased and growing reliance on foreign sources of minerals,” it is “bad public policy” to further restrict domestic mining, said Ashley Burke, a spokeswoman for the National Mining Association.

And Energy Fuels Resources (USA) Inc., a Lakewood, Colo.-based uranium producer, has questioned criticism that modern mining techniques could create as many environmental problems as they did decades ago.

Tribes with ancestral and cultural ties to the canyon are also uniting around environmental issues, said Sarana Riggs, Grand Canyon program manager with the Grand Canyon Trust who is leading the intertribal conversations.

The indigenous perspective of the canyon, a site central to the emergence and origin stories of many tribes, has been lacking in the overall conversations, she said.

The national park centennial anniversary is giving tribes a chance to look at stewardship of the land while confronting a strained relationship with the national park that stems from a painful history, Riggs said. Tribes are looking at economic opportunities that honor the canyon’s sacredness and pondering how they can be better represented in tourism and other business ventures, she said.

“You view the Grand Canyon like your mom,” Riggs said. “You have to take care of your mom.”

The issues raised over the Grand Canyon play into larger conversations about public lands and sustainability. People cherish national parks for the plants and animals that live there, which are threatened by climate change, said Stephen Nash, author of “Grand Canyon For Sale: Public Lands versus Private Interests in the Era of Climate Change.”

National parks came from the determination that some resources can’t be given to the highest bidder, Nash said. Leaders need to have the same resolve to act on the issues facing them now, he said.

“This is a legacy that Americans a hundred-odd years ago had to be resolute about,” Nash said.

—With assistance from Stephen Lee.

To contact the reporter on this story: in Phoenix at bgoth@bloomberglaw.com