Firefighters stand at the scene of a massive explosion along a pipeline in Hidalgo state, Mexico, Jan. 18, that killed at least 100 people.
Photographer: Francisco Villeda/AFP/Getty Images

Mexican President Andres Manuel Lopez Obrador had only been in office about seven weeks when a gasoline pipeline owned by Pemex exploded Jan. 18, killing more than 100 people and injuring dozens.

Many of those killed had been siphoning off gasoline from an illegal tap in the pipeline that courses through a rural area north of Mexico City when it blew.

The tragedy illustrates the challenge faced by Lopez Obrador, who came to power on the promise of weeding out corruption, including within the state-owned Pemex. In an effort to put a stop to Mexico’s $3-billion-dollar-a year gasoline theft crisis, he temporarily closed several pipelines.

Gas shortages immediately followed in part of the country, and the government is still struggling to find viable alternatives for transporting gasoline and stopping its theft.

The problem of pipeline hacking in Mexico is not new—the issue of theft became apparent about 15 years ago—but it’s grown exponentially since then, from about 100 hacks a year in 2003 to 12,000 in 2018, according to Marcial Diaz, a former attorney for Petroleos Mexicanos, or Pemex.

Lopez Obrador, who made addressing Mexico’s corruption his key campaign promise, responded to the thefts by shutting down important pipelines in central Mexico that had been severely compromised. Yet many energy experts and government watchdogs say that the response, while dramatic, had several predictable problems in its execution, which in turn led to an unnecessary level of disruption in the country.

“The problem I see is the cost of the strategy to the economy,” said Dwight Dyer, a former senior Energy Ministry official in the Pena Nieto administration. “It just seems like they never planned this whole thing through and started improvising the minute that things went awry.”

One issue was the decision to shut down pipelines at the end of December, which is one of the highest demand times for gasoline in Mexico because of the holidays.

The higher demand was made worse by production declines to about 20 percent of capacity at key refineries in central Mexico. A refinery in Salamanca, for example, was already struggling with declining production rates and then went off-line in December, requiring any gasoline provided to Central Mexico states to travel from further locations. That exacerbated the impact of the pipelines that were shut down. 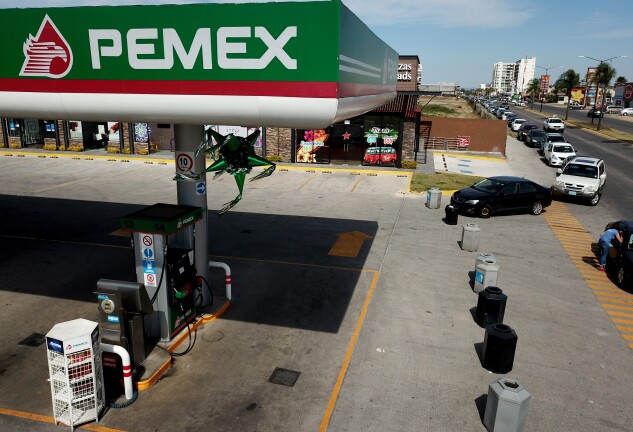 The crisis also points to longer-standing problems with Mexico’s refineries that have led to increased imports from the U.S.—the very imports that Lopez Obrador has said he wants to replace with gasoline refined by Pemex.

“The crux of the problem has its roots in the fact that the refineries have not been able to keep up with demand over the years,” said Kent Williamson, the director of refining and marketing for Latin America at IHS Markit, an energy consulting company. “Refining has not received the level of investment that would be needed to keep them running at anything close to capacity—it has been spent on upstream investment.”

The drop in refining output was also made worse by Mexico’s lack of storage capacity for gasoline. Mexico can store about three to five days of gasoline to cover its daily demand, far below the 20- to 30-day range of most countries within the Organization for Economic Cooperation and Development (OECD), Williamson said.

“Storage is the last mile for a solid gasoline supply chain,” Williamson said. “The terminals can hold storage of the product that is brought in by ship or train and then the trucks load it up and take the product the retailers.”

As a result, Williamson explained, the storage that was available at Gulf Coast ports was filled up quickly, leaving ships waiting to discharge their cargo while the pipelines linking them to Central Mexico were shut down, which in turn forced a production slowdown in Central Mexico refineries. 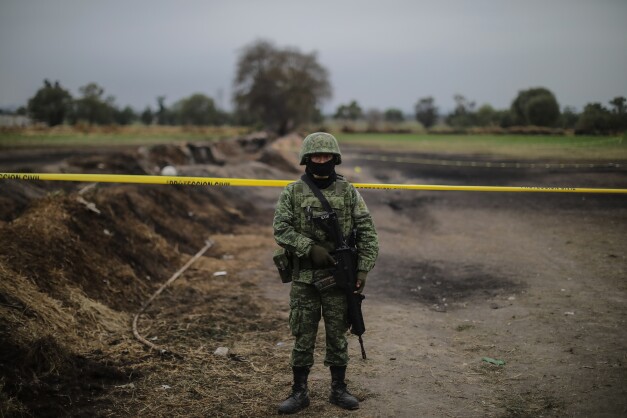 As gas shortages became acute in Central Mexico, closing many of the stations in about seven states, Lopez Obrador announced plans on Jan. 24 to buy 671 tanker trucks from the U.S. to help distribute more gasoline.

The administration is also continuing to fight the gas theft by placing more security around the pipelines and offering economic development where the tapping occurred, as a means of replacing the accompanying stream of income.

The drawback of using trucks to replace pipelines is that they are slower, more expensive, and still vulnerable to theft.

“There is nothing that will guarantee that organized crime will not divert some of these trucks or hijack them,” Dyer said.

The economic development proposed is also not expected to slow down the thefts significantly because of challenges in implementation, despite the horrifying Jan. 18 explosion near the Tula refinery in Tlahuelilpan, Hidalgo state.

“You would have to make sure that the state funds are conditional on the citizens not engaging in theft, but how are you going to police people along the pipeline?” Dyer asked. “The soldiers were not even able to control the locals on the site where the explosion occurred, who were taking gas right in front of them.”

Several private companies who invested in Mexico’s newly-opened retail gasoline sector were also hurt by the gas crisis. Companies such as BP and Shell, who have still been reliant on Pemex for the wholesale distribution of gasoline, had gasoline stations closed for several days across Mexico.

“Lopez Obrador’s long-term goal is to make Mexico independent of fuel production, but unless he bans fuel from abroad, a lot of companies will say, ‘why would we go with Pemex?’” said Duncan Wood, the director of the Wilson Center’s Mexico Institute. “Even if Pemex becomes a reliable partner, they are not confident about fuel supply in Mexico.”

Instead, companies are looking at options, such as bringing in tankers to the Pacific Coast port of Manzanillo, and using that to distribute gas to Guadalajara, which currently receives its imported refined products via the Gulf Coast.

They are also likely studying the strategy of Exxon Mobil, which built its own supply chain prior to the demand and kept its gas stations open throughout the shortage.

“Exxon did some really good planning. Most of its gas stations run very close to the railroad lines,” Dyer said. “At this point, a bunch of the independent gas station brands may be looking to buy supply from Exxon.”

There is also the risk that some franchised stations operating under international brands may have been selling stolen gasoline, according to former Pemex lawyer Diaz, who is currently an energy consultant.

“The private companies entering Mexico’s market should be very careful about who they are extending their brand to and what their business practices are,” Diaz said, noting that the crisis reveals the potential reputation risk for international companies looking to enter the Mexican retail gasoline market.

The bigger question facing Lopez Obrador is what the gas crisis says about the culture of corruption in Mexico, the strength and reach of its organized crime sector, and the level of collusion within Pemex, which has several high-level officials currently under investigation for their involvement in diverting gasoline. 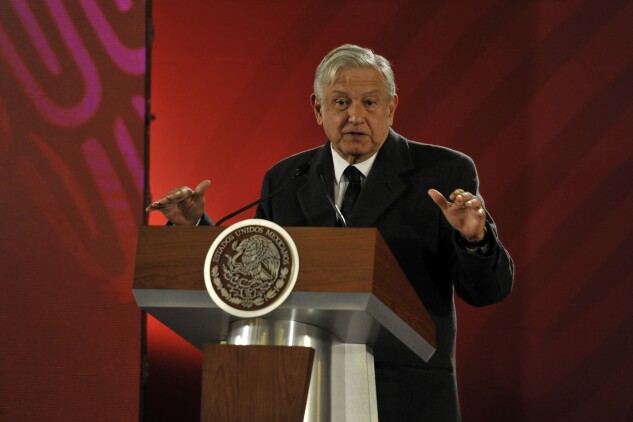 Energy experts say that a strong criminal justice response will be required with high-level players going to jail. This will need to be combined with careful oversight of Pemex, if there is any hope of ending the theft.

“What Lopez Obrador needs to do is to work on basically putting in jail and dismantling the criminal bands behind the fuel thefts,” said Manuel Molano, the assistant director for the Mexican Institute of Competitiveness, a government watchdog.

“That is part police work and part oversight of the internal management of Pemex: dealing with the pipeline contracts and the appropriate tracking of the fuel on Excel sheets, so that you know exactly where you are using the fuel and how to fix it,” he said.

(Story has been corrected with the right date for the gas pipeline explosion in lead, 18th paragraph.)

To contact the reporter on this story: Emily Pickrell in Mexico City at correspondents@bloomberglaw.com