A worker walks across a storage dump of coking coal at the Bielszowice mine in Ruda Slaska, Poland.
Photographer: Bartek Sadowski/Bloomberg

Poland is hoping the European Parliament’s resolve to crack down on fossil fuel emissions will soften after elections next year likely to bring gains in representation for anti-establishment parties.

The European Union’s biggest coal producer is struggling with a surge in energy prices, which undermine the competitiveness of its $525 billion economy. A growing role for EU lawmakers who espouse similar views as U.S. President Donald Trump could translate into softer policies on emissions, blunting the force of higher carbon and power prices. 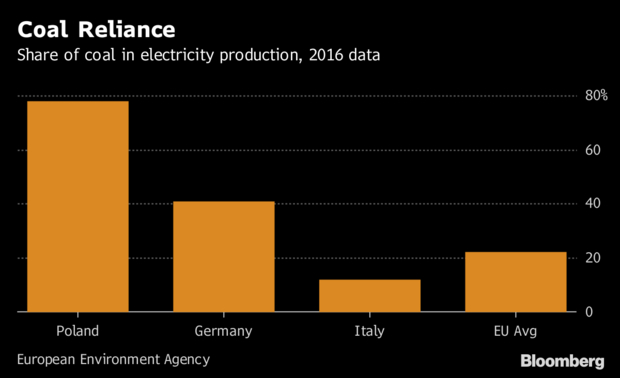 The focus on climate adds another dimension to next May’s ballot in the EU, which will...