A partial government shutdown is appearing likely as Congress and the White House struggle to agree on funding for the president’s U.S.-Mexico border wall.

The deadline to avert a shutdown comes at the end of Dec. 21. Not every federal agency would close, but the EPA and Interior Department are among those that would. 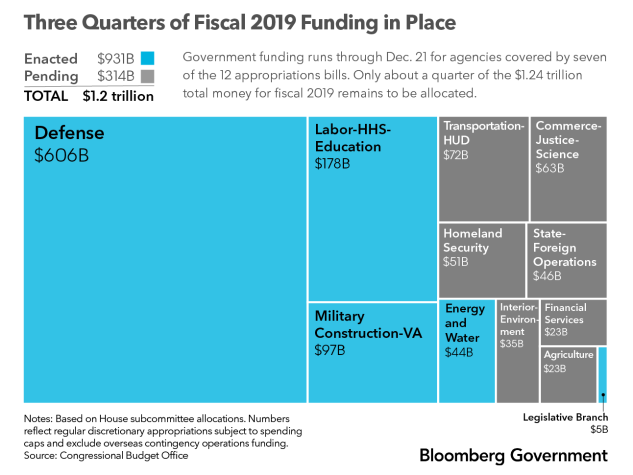 Most Environmental Protection Agency employees would continue to go to work in the event of a shutdown, at least for a few weeks, but it could be harder for them to meet a plethora of upcoming legal deadlines to analyze chemical safety and approve new products.

The agency is still prepared to issue its proposal to retain Obama-era mercury and air toxics standards for power plants in the days following Christmas.

A tiny fraction of Interior Department employees would report for duty if the government shuts down. That would affect everything from mine cleanups to forest fire prevention and even bathroom maintenance at national parks.

But beyond these two agencies, the shutdown also would shutter the Transportation Department, which is responsible for the safety of oil and gas pipelines.

The employees who inspect these pipelines would continue working, but a shutdown could hurt the department’s efforts to update some of its safety regulations.

—With assistance from Amena H. Saiyid.