Hoosick Falls, N.Y., resident Desiray Rice reacts after Mayor David Borge postponed a meeting concerning a settlement agreement between the village and Saint-Gobain Performance Plastics and Honeywell of the handling of PFOA contamination in the village's drinking water in February 2017.
Photographer: Hans Pennink/Special to the Times Union

The EPA made big news today: It announced it would start pursuing a nationwide standard for two chemicals blamed for contaminating drinking water.

The fluorinated chemicals are important ingredients in making products such as Teflon or Scotchgard.

The agency also will list them as hazardous substances. That means companies that made them may have to bear the costs of cleaning them out of soil and water. 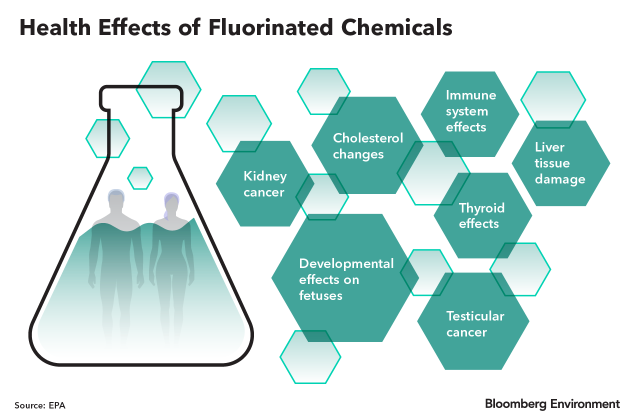 Some of the health effects of exposure to high levels of fluorinated chemicals, according to the EPA.
Graphic: Bloomberg Environment

How are people reacting? Many of them are extremely critical.

The agency didn’t commit to creating a strict new limit for the compounds in drinking water. That’s not enough for critics.

Hoosick Falls, N.Y., Mayor Rob Allen, whose town has become in some respects the poster child for chemical contamination, blasted the move on Twitter: “This entire announcement has demonstrated the lack of guidance and leadership at the highest levels” of EPA.

Delaware Sen. Tom Carper, the top Democrat on the Senate’s environment committee, said the move needlessly prolongs the evaluation of a drinking-water standard for at least another year, despite earlier promises to do so.

Even Wyoming GOP Sen. John Barrasso, who heads the environment committee, said the EPA needs to take “decisive action.” He promised his committee would hold a hearing this spring on the EPA’s plan, and that businesses as well as the Pentagon need to play a part in crafting a solution.

Here are some further questions and answers:

What are fluorinated chemicals and what are they used for?

Per- and polyfluorinated chemicals (or PFAS, pronounced “PeeFAS”) are heat-, grease- and stain-resistant substances with thousands of consumer and industrial uses. They can be found in carpets, camping gear, fast-food wrappers, cleaners, and cookware—among other products. Industry uses include O-rings and gaskets that prevent mechanical breakdowns. Fire stations at both military and civilian airports also use firefighting foams made with PFAS, as it effectively douses jet fuel fires.

Should we worry about these chemicals?

The chemicals last a long time in the environment and build up in people’s bodies. They’ve been found in drinking water supplies in many states. EPA says they can cause reproductive and developmental, liver and kidney, and immune system problems if people are exposed to enough of them.

What about the companies that make them?

One of those companies, 3M, voluntarily stopped making some PFAS chemicals after it found they were persisting in the environment and the bodies of people and animals, and discovered far from where they were produced or used. 3M said today it supports EPA’s new efforts to regulate the chemicals. But the EPA’s plan means more monitoring water supplies—which could mean more lawsuits for 3M, DuPont, and companies such as Keds sneaker-maker Wolverine World Wide Inc. 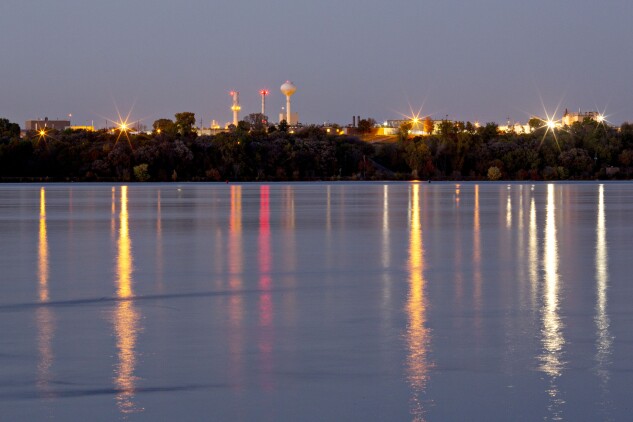 The 3M Co. Cottage Grove Center in Cottage Grove, Minn., which churned out some varieties of per-and polyfluoroalkyl substances (PFAS) since the 1950s.
Photographer: Daniel Acker/Bloomberg via Getty Images

Bloomberg News has an explainer about the chemicals that some scientists are calling the next PCB or DDT.

Bloomberg Environment also did a series on them. We looked at:

A team of scientists evaluated health issues in a community near a plant in West Virginia and Ohio.

The nonprofit Environmental Working Group has a drinking water and waste site map.