A search and rescue worker walks with a cadaver dog while looking for missing persons in Paradise, Calif. on Nov. 26, 2018.
Photographer: David Paul Morris/Bloomberg via Getty Images

Scorching heat in the Arctic. Raging wildfires on multiple continents. Volcanoes, earthquakes, hurricanes, floods. Natural disasters made 2018 a year of global mayhem, focusing the world’s attention on the changing climate. The total cost of natural and man-made disasters this year is expected to reach $155 billion, according to Swiss Re. 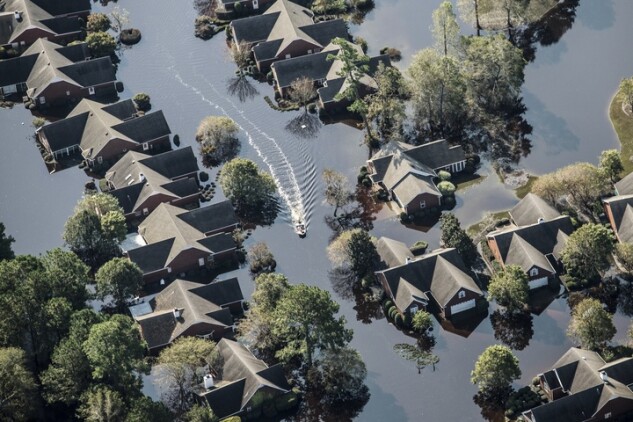 A boat passes through a flooded neighborhood in Wallace, N.C., on Sept. 21, 2018. Record floods covered much of eastern North Carolina in the wake of Hurricane Florence.
Photographer: Alex Wroblewski/Bloomberg

And a sweeping U.S. government report issued in November predicts even more upheaval, including significant threats to the planet’s food supply and the possibility that rising seas may force millions of people to migrate from coastal areas. Some world leaders are urging stronger action, including Japanese Prime Minister...